Celebrating the Class of 2022 with Speaker Taraji P. Henson 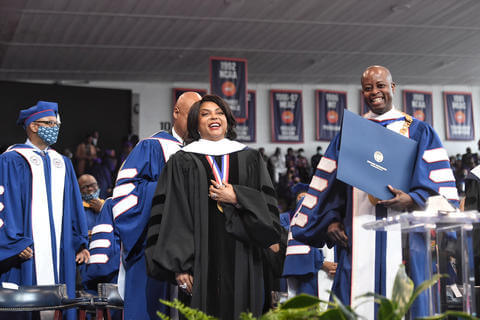 Taraji P. Henson, award-winning actress and Howard University College of Fine Arts alumna who graduated in 1995 with her baby boy in her hands, returned on May 7 as the commencement speaker. Henson was conferred an honorary Doctorate of Humane Letters, just before delivering remarks.

“I would like to take this moment to reintroduce myself: My name is Dr. Taraji Penda Henson, Howard class of 1995,” she said.

Congratulations to these Bison grads! Watch them tell their inspirational Howard stories.